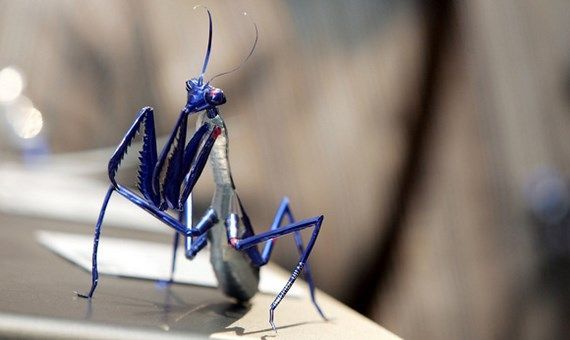 LONDON – APRIL 4: Robyn Hasselfoot’s creation of a Praying Mantis entitled «Enhance The Moment» is seen at the Red Bull Art Of Can private view and awards at the The Old Truman Brewery on April 4, 2005 in London, England. Applicants had to use at least one Red Bull can in their creations, and the evening also features an auction of celebrity entries including a car by David Coulthard, an Olympic inspired medal by Jason Gardener and a shoe by Tara Palmer-Tomkinson. (Photo by Gareth Cattermole/Getty Images)