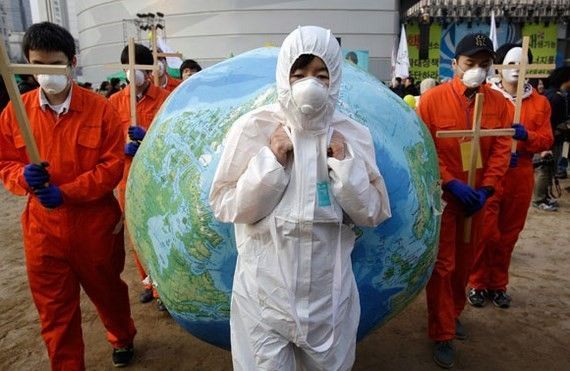 SEOUL, SOUTH KOREA – MARCH 10: South Korean environmentalists participate in a rally held to commemorate the Fukushima nuclear disaster on the eve of the one year anniversary of Japan’s earthquake and tsunami on March 10, 2012 in Seoul, South Korea. Currently four nuclear power plants are in operation in South Korea while the government plans to increase the number of reactors to 32 by the year 2021. (Photo by Chung Sung-Jun/Getty Images)