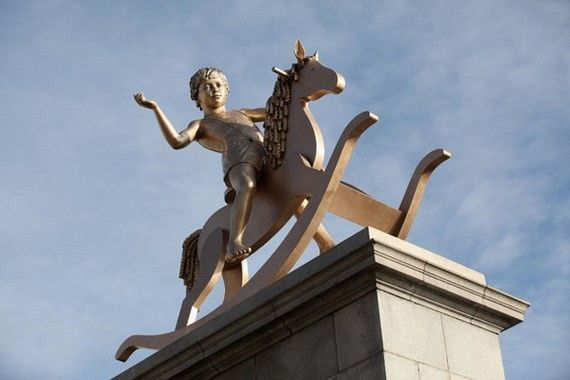 LONDON, ENGLAND – FEBRUARY 23: A sculpture entitled ‘Powerless Structures, Fig.101’ designed by Danish artist Michael Elmgreen and Norwegian artist Ingar Dragset is unveiled on the Fourth Plinth in Trafalgar Square on February 23, 2012 in London, England. The 4.1 meter high bronze sculpture of a boy on a rocking horse will be in place on the Fourth Plinth throughout 2012 and replaces ‘Nelson’s Ship In A Bottle’ by Yinka Shonibare. (Photo by Oli Scarff/Getty Images)